I have to say that I wasn’t overly enthusiastic about the Olympics – when they announced that it would come to London in 2012, I let out a huge sigh whilst millions of people cheered. My first thought was, albeit selfish, that it would disrupt my travel to work, going anywhere in London would be a nightmare and that I simply couldn’t wait for it to be over.

This year I could not be more proud to be British!

To the unbelievers, the ‘Brits’ pulled it off… you should now eat you metaphorical hats. For the past two spectacular weeks we have been entertained, proud and noisy… this is how we do.

The opening ceremony had me hooked from the beginning. The only reason that I had tuned in to the BBC on opening night was because I didn’t want to be the only person in the world not watching. Danny Boyle put on a phenomenal show that would introduce Great Britain and its athletes to an incredible Olympics. From the industrial revolution to Winston Churchill, through to ‘The Queen’ jumping out of a helicopter with James Bond. This year was our year.

We came out of London 2012 with 18 more medals than in the previous games – perhaps it was because our athletes were on home turf, perhaps it was something in the drinking water or maybe Boris eliminated the toxins in London skies? Whatever happened this year it was quite the performance - from the opening ceremony to the events leading up to the closing ceremony, this is one to go down in British history.

Since it began I have been glued to the television, when at work the live stream commentary on the Internet. Considering that I don’t like sport, I was dosed up on the Velodrome and couldn’t get enough of diving at the Aquatics Centre.

It is a shame that tickets became so hard to come by – the website for London 2012 tickets was an absolute nightmare. I don’t know if I was the only person to find that every time I tried to reserve tickets the page would freeze, then when trying to search for tickets again there would be one event showing rather than the 11 that were showing two minutes before. For me this was the only downside to the Olympics – said by a true couch spectator. The only thing that could have possibly been better in my eyes is if I had had tickets and been part of the supporting crowds to Team GB.

The closing ceremony (directed by Kim Gavin) has given an entertaining shock of realism to London… our time has come, been and gone for us to show the world what our Olympic games were made of. In a show of colour, flashing lights and loud music, we have been represented as a strong and proud nation. The torch relay saw the coming together of a nation where millions of people turned up to support the torchbearers who represented every curve and crevice of Great Britain.

I now hope that the rest of Great Britain will join me in supporting Team GB’s athletes in the Paralympics and hope that we can continue our successes.

2012 has been such a memorable year for everyone – the Queens Diamond Jubilee and then London 2012… what a year! I hope that as the success carries over to the Paralympics that we will remain as optimistic and excited in support for Team GB. Congratulations to those who took part, to those who took home medals, to those who broke records and last but not least to the thousands of volunteers – it has been amazing. Roll on 2016.

I can honestly say that I am very proud to be British. 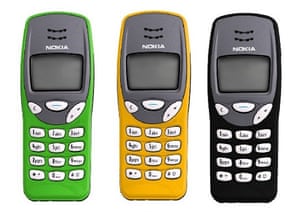